​Shows where each pin of the TIVA connects to within the machine’s circuit. Feel free to refer to this diagram when examining the other schematics within this webpage. 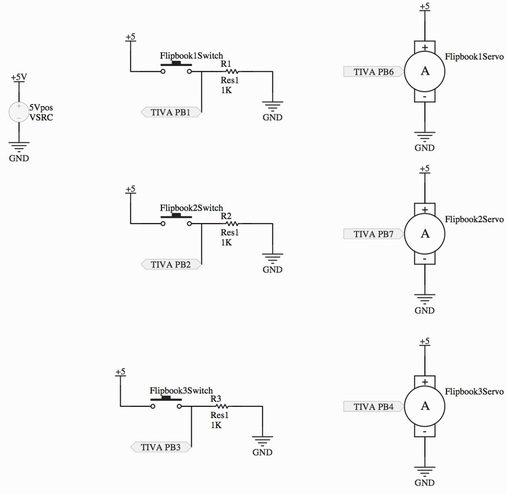 ​Tilt of the watering can is detected by an accelerometer. Angle of tilt in the z-direction is read as an analog value from the Z-pin of the device by pin PE0 of the TIVA.

​With a high enough degree of tilt, output from PC4 on the TIVA is high, resulting in current flowing through the vibration motor and turning it on. 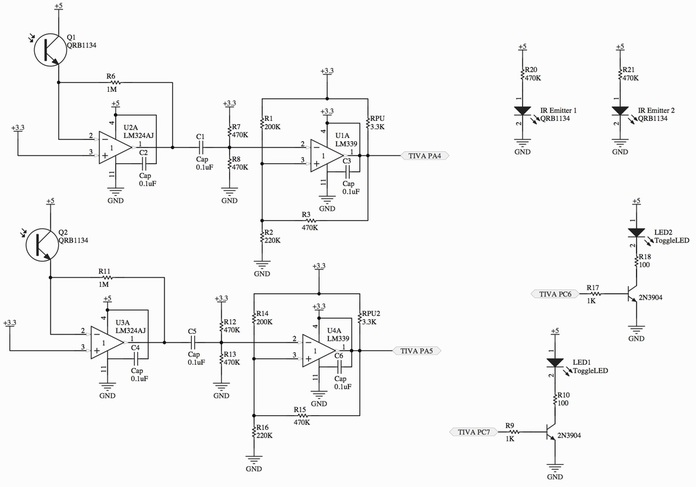 Two tape sensors were set next to each other to detect the user's waving hand motion when they were harvesting the apple. We performed signal conditioning on the IR receiver's signal using a transresistive circuit. Two blue LEDs, controlled by BJTs (each connected to pins PC6 and PC7), were used to assist in the interaction. These turned on and off as the user waved. 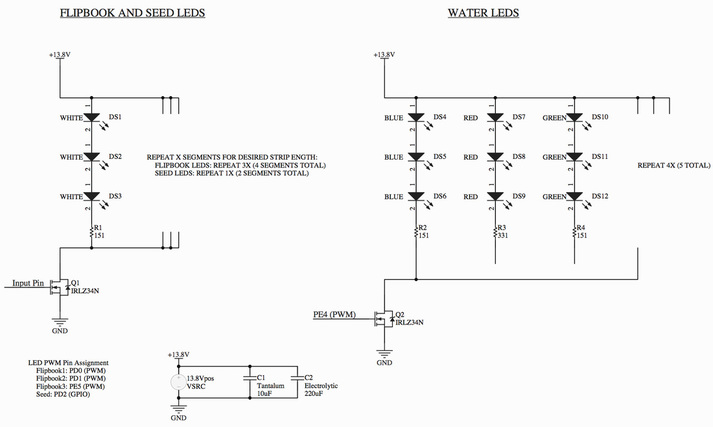 ​LED displays within the machine were the work of simple transistor circuits. On and off states for the LEDs corresponded to on and off states (respectively) for input pins to their corresponding IRLZ34N transistors. Some LEDs lit up gradually from an off state to full brightness. This was achievable through pins connected to transistors that underwent pulse width modulation.
Team Eden